To install the tool, save Tracing_.jar in the plugins folder of your FIJI-installation. Drag the link MRI_Analyze_Roots_Tool.ijm to the ImageJ launcher window, save it under macros/toolsets in the ImageJ installation and restart ImageJ.

Select the "MRI_Analyze_Roots_Tool" toolset from the >> button of the ImageJ launcher.

By right-clicking on the a-button, you can open the options dialog. 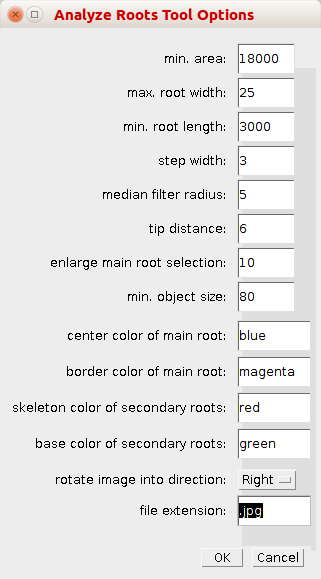 When used on a single image (a-button), a results table with the following measurements will be created:

The results found by the tool are displayed in an overlay on the input image. 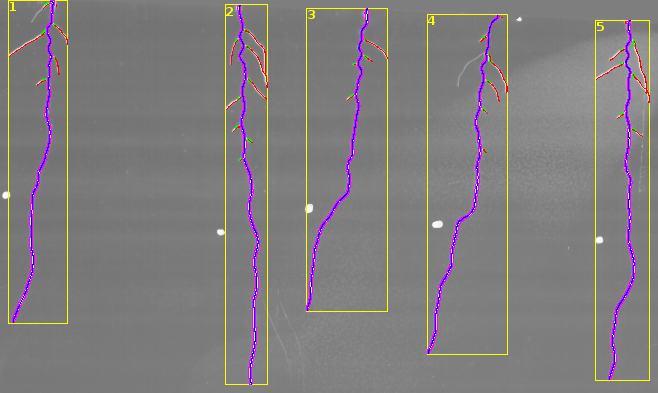 The tracing is an implementation of the algorithm described in [Can99]. Once the tracing is done, the outer borders are connected to form an area selection. The area selection is enlarged by some pixel and the content removed. It is then enlarged again and the number of objects within are counted as 2. order roots.

After the main root has been removed the remaining signal in the bounding box of the root is thresholded and the resulting mask is skeletonized. The length of the skeletons is measured using an implementation of [Nie05]